Legacy of German Reunification – A view from the neighbours

The reunification of Germany has been a key event in recent European history. It is also a turning point in the construction of the European Union and the democratic transition in Central and Eastern Europe. German unity may seem obvious today – especially for young generations – but in 1990, the prospect of a reunification between East and West Germany aroused strong reactions from its neighbours. The difficult historical relations of Germany with these countries have also played a role. As such, German reunification presented an immense challenge for the entire European continent. 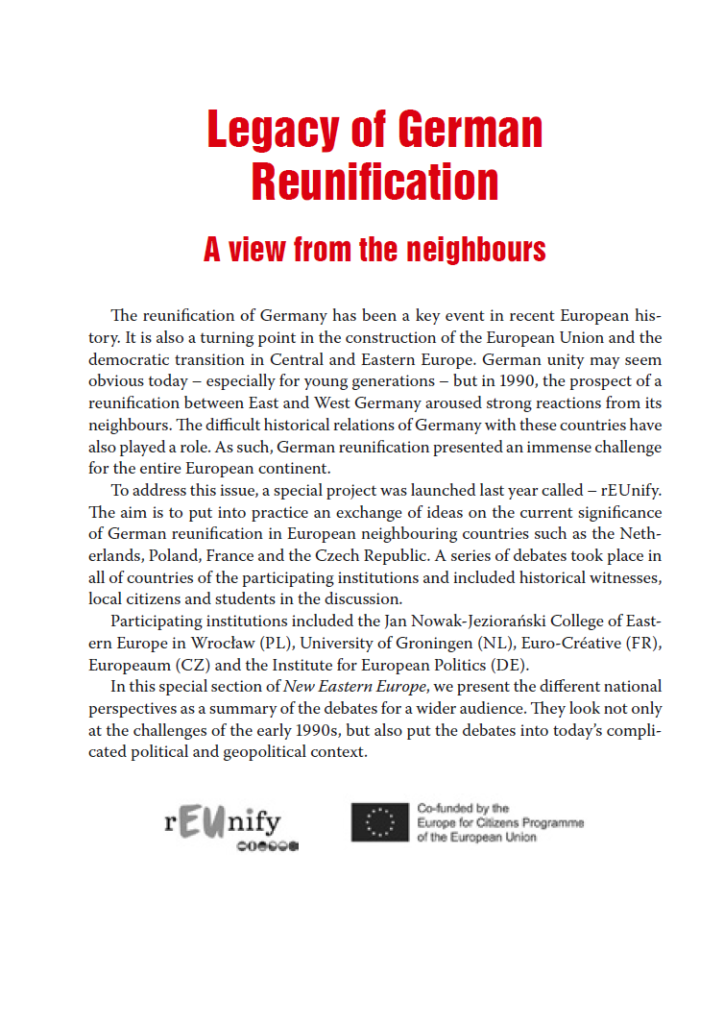 To address this issue, a special project was launched last year called – rEUnify. The aim is to put into practice an exchange of ideas on the current significance of German reunification in European neighbouring countries such as the Netherlands, Poland, France and the Czech Republic. A series of debates took place in all of countries of the participating institutions and included historical witnesses,
local citizens and students in the discussion.

In this special publication of New Eastern Europe, we present the different national perspectives as a summary of the debates for a wider audience. They look not only at the challenges of the early 1990s, but also put the debates into today’s complicated political and geopolitical context.