Has the Wolf Changed his Coat? BRANISLAV RADELJIC: It is difficult to predict how Nikolić would behave in such a role. He was an important figure in Vojislav Šešelj’s Serbian Radical Party and now he is leading the Serbian Progressive Party, established in 2008, after an ideological clash with his fellow Radicals. If we recall the proverb saying, “The wolf changes his coat, but not his disposition,” than it is easy to say that Nikolić could be a serious risk both for the already disappointed citizens of Serbia and for the processes of democratisation and Europeanisation.

However, this does not mean that Nikolić should not be given a chance, especially if we take into consideration how much time Tadić has had and how little he has done for Serbia and its citizens. Nikolić is being supported by some remarkable experts who very explicitly point out the main failures of the current government and, more importantly, claim to have an idea as how to fix the problems.

In fact, the post-Milošević Serbia has always been late and this has been Tadić’s main problem: he did not continue at the same speed as the assassinated Prime Minister Zoran Djindjić, he has wasted too much time trying to bluff the Serbs that keeping Kosovo within Serbian borders and Serbia’s EU membership could go hand in hand, he has not managed to improve situation at home, meaning that the present day Serbia is characterised by daily corruption, extremely politicised public sector, growing unemployment…

Although the infamous cooperation with the Hague tribunal has eventually improved which helped Serbia obtain EU candidate status, this is far from being enough.

Nikolić said he would be a non-political head of state. Do you think this is possible?

This is highly unlikely. Given the political culture and structure of the pre-, under- and post-Milošević Serbia, it is more realistic to say that every elected leader will try to protect and strengthen his own and his party buddies’ position as much as possible. Although such a scenario tends to be viewed as purely negative, this is not necessarily the case.

Here we talk about balance, but obviously politics is not about it. If the citizens can get a job regardless of their own political affiliation, if their living standard is improving, if various freedoms are granted, and more, than they are more likely to forgive the politicised aspect of the leadership. Unfortunately, Tadić has not been successful in this respect.

Do you see the possibility of election rigging in this election?

Serbia had some big problems of election fraud in the past and therefore it is understandable why present accusations cannot be ignored. If this has really been the case in 2012, then Serbia is faced with some serious issues. If fair elections, which constitute the basic understanding of democracy, are not possible, than how can we talk about depoliticized public sector and independent courts?

Do you think Serbia’s accession to the EU will be affected with the election Nikolić as president?

It is very difficult to comment on this. Tadić has demonstrated that he can be quite slow in what he is doing which in turn contributed to the deterioration of situation in Serbia. There are still many young graduates who are trying to leave the country and continue with their life abroad. He and his closest people have failed to convince new generations that Serbia will have a different future from the one characterising the first decade after the overthrow of Milošević.

Now, the question of whether Nikolić, a 60-year-old radical-turned-progressive, can do the right move and improve both the situation in Serbia and its international reputation is a matter of uneasy guessing.

What risks should Serbia take in the next year?

There are some imperatives that Serbia should respond to as soon as possible, regardless of the outcome of the elections. First, Serbia needs to acknowledge that Kosovo is an independent state (since 1999 or 2008, however it prefers) and try to improve its relations with the Kosovo authorities. In addition, Serbia needs to provide space for a more constructive dialogue with regard to the position of some other regions, such as Sandžak and Vojvodina.

Second, in Serbia and the Western Balkans, in general, corruption is recognized to be the biggest problem whereas governments and leaders are expected to solve it. Corruption is an extremely important aspect, as it will condition Serbia’s progress towards its EU membership.

Third, it is the Serbian leadership that should make it unacceptable that some of the highly positioned members of the political elite hold two to three jobs simultaneously, while at the same time they are the ones expected to address the growing unemployment in the country.

Finally, Serbia should take a risk of asking for expertise in almost every field, as there are many Serbs working abroad who are willing to assist their homeland.

With all these aspects taken seriously and in timely manner, we could surely start talking about Serbia with an EU future. 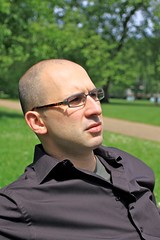 Branislav Radeljic is a Senior Lecturer in International Politics at the University of East London. His main research interests focus on the study of European Union politics and Eastern Europe.