So Many Stories in One Piece

Surrealism exhibit in Prague offers retrospective from the past 20 years.

“Many people believe surrealism is a dream, escape, imagination but that is nonsense. It comes from reality and in it we can feel a strong connection between dream and reality.”

Bruno Solarik is one of the curators of a large Surrealism exhibition now on in Prague. “Another Air 1991-2011” is a look back at the past 20 years of Surrealism in the Czech and Slovak Republics, courtesy of the Czech-Slovak Surrealist Group. An international element is added, with work from surreal artists from France, UK, Greece, Sweden and the US, to name just a few. The last significant Surrealist exhibition happened here in 1990-1991. Through a chance discussion with a friend, Mr. Solarik realized that 2012 would be an excellent time to put on another.

“That group exhibition was dedicated to the 70s and 80s.” he said. “We should have another exhibition after 20 years; it is important to look to the past and now we can’t wait to see what will happen in the next 20 years.”

About half of the 70 participating artists are from the Czech Republic or Slovakia with the remaining from abroad. Photos, simple sketches, graphics, paintings, sculptures and more creations are on display…some are overwhelming in intricate details, others are startling simple. Most apparent are the colours and emotions; some meanings are clear, or maybe they only seem clear to the individual viewer, while some are open to interpretation.

According to Mr. Solarik, the most important thing to remember about Surrealism is the differences in aesthetic points.

“Many people believe surrealism is bizarre – that’s a simplification,” he explained. “Most important is creative inspiration – no one wants to be inspired by something fashionable but the real shape of the imagination – that’s why artists go their own way.” 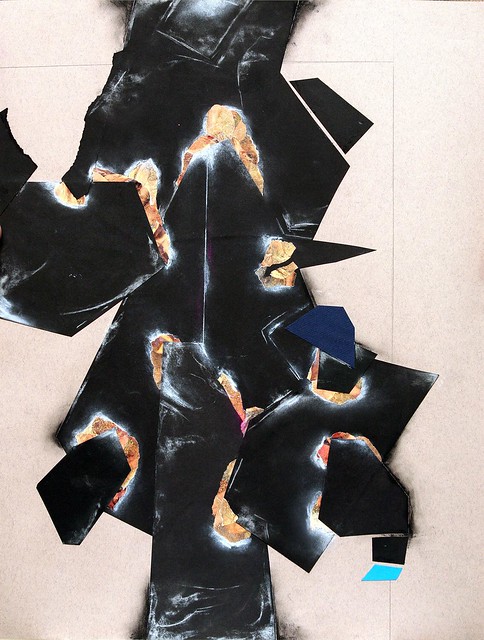 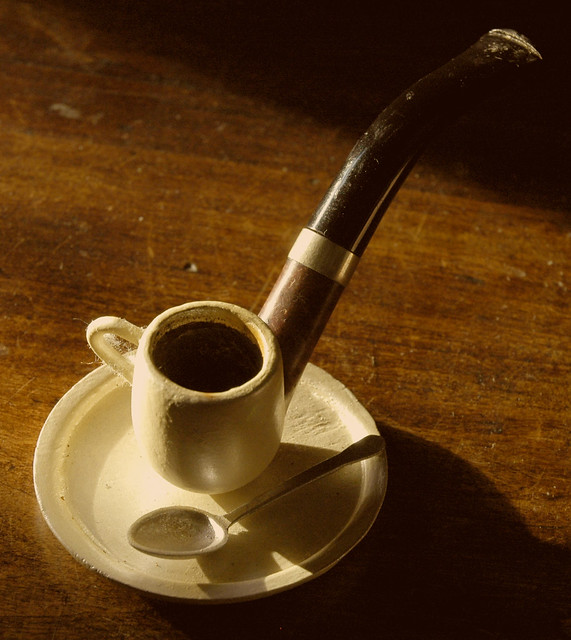 The exhibition is located in what seems like a peculiar place for a Surrealism exhibition – The Old Town Hall. Built in 1364, the gallery space has a typical ground-floor exhibition space, a brick-walled, stone-floored cellar and an upstairs with beautiful painted wood-beamed ceilings and bits of historic wall protected by glass. The exhibition is divided into four sections: Lightening, which is dedicated to polarity: emotion and destiny, love and death, etc; Object, which demonstrates the connection between dream and reality; Magnet, focused on connections to things coming together and things being forced apart and finally Spring, which are sources of creative activity.

Mr. Solarik says when putting the exhibition together, at the beginning it was the art, then after the themes were set, he hoped to inspire artists to design to the theme. The exhibition is showing both older works and pieces designed for this show.

One of the artists displaying work at this exhibition is Bill Howe from Leeds, England. His connection with the Czech-Slovak Surrealist Group dates back to 1999, and he says he regularly returns to Prague for the motivation.

“I come for the creative interaction, for the inspiration,” he said. “It’s good to see the connections between our art, and for encouragement.”

Mr. Howe had no formal art training; in fact, he didn’t begin drawing until he was in his 30s. His work, which consists of sketches filled in with tiny dots, could be considered mythological, but he’s not categorizing it.

“It’s an abstract background until I see a shape; I may start in one corner, move into another and eventually it coalesces into a whole,” he said. “It can take three months to do one drawing; it’s a process – I’m not trying to draw something, just imaginatively trying to interpret it.”

“The desire to be creative is more powerful than the necessity to learn the craft,” he said. “This exhibition looks like a mix of styles, but it’s not a mistake. It shows artists go according to their own desires not what others tell them to believe.” 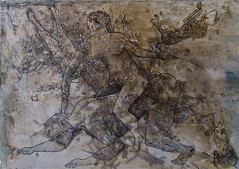 Mr. Howe adds that many people don’t realize the diversity of Surrealism. “The artists aren’t limited to one thing, it is limiting if you just stick to one type,” he said.

The Czech-Slovak Surrealist Group has its roots in the avant-garde era between the wars. Devetsil, an association of modern culture, founded in 1920, transformed itself in 1934 into the Group of Surrealists of Czechoslovakia. The group stuck together after World War II, with a number of artists, including Karel Teige. At the end of the 60s, Vratislav Effenberger brought the artists together under the so-called Czechoslovakian Surrealist Group. Since the 1990s, the group has been active in both the Czech Republic and Slovakia under the name The Czech-Slovak Surrealist Group. As Solarik put it: “We were together once, why split just because some politicians made some decisions?”

Another Air is a vibrant, engaging exhibition expertly showing the all-encompassing nature of Surrealism. While the art form is often discussed as one that “was” not one that “is”, this show should prove that Surrealist artists from around the world are actively connecting their dreams with reality and producing some thought-provoking pieces.

Jacy Meyer is a freelance journalist based in Prague. She has contributed to a number of international and local publications, including The New York Times, International Herald Tribune, Christian Science Monitor, and many others.